Compassionate Care From a Trusted Name

Aducanumab (Aduhelm, Biogen) was fast-tracked through the FDA in June of 2021 receiving accelerated approval to treat mild cognitive impairment (MCI) and mild Alzheimer’s disease (AD). People with more advanced stages of AD are not candidates for the drug although the FDA did not specify who should not receive it.

The drug is intended to produce antibodies to target and remove amyloid from the brain. Amyloid has long been researched as a marker identified on brain imaging and supporting the diagnosis of AD. But is it a cause or the effect of AD? This fact remains unknown. The pharmaceutical company has based its treatment on the unproven assumption that ridding the brain of amyloid will prevent or delay the progression of AD. Initial studies used for drug approval only demonstrate reduction of amyloid, but do not show the desired endpoints of prevention/slowed progression of AD which might take up to 8-9 more years to prove. The drug has not received approval for coverage by Medicare or by the Department of Veterans Affairs.

The initial yearly cost for the monthly intravenous drug alone was $56,000 and intended for use for one to two years or longer. This was reduced in December to $28,200 because of lagging sales and pushback from all major medical associations. This pricing does not include the necessary imaging studies (serial brain MRI [$1,000] and PET scans [$5,000-10,000], doctor visits, iv infusions, treatment for side-effects of the medication, and any hospitalizations required. Serious side-effects of the drug such as brain swelling and hemorrhage have been identified in 41% of patients thus requiring discontinuation of treatment. Common side-effects were headache, changes in mental state, confusion, nausea and vomiting, and trouble walking.

What does this mean for you and your physician? What matters most is whether this proposed treatment can help your brain function better - as of now we do not have that information. The drug was only tested on generally healthy individuals under age 85 - those older and with co-morbidities (e.g., heart failure, kidney disease, blood thinner or bleeding disorder, etc.) should exercise extreme caution as the risks to them are unknown. The proposed treatment adds a burden of illness from side-effects without proven benefits. Medical scientists, physicians and health agencies have called for an “accelerated withdrawal.” The dictionary defines boondoggle as “a useless or wasteful project that gives the appearance of having value.” Hopefully, this information will help you decide.

Aducanumab: What You Should Know. Health in Aging Foundation This email address is being protected from spambots. You need JavaScript enabled to view it. 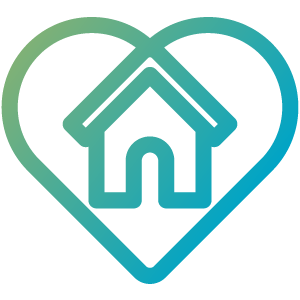